Sunday saw the New England Patriots face off against the Atlanta Falcons in Super Bowl 51. The season-ending super show stops the whole of America in its tracks and has done for the last fifty-one years. Billed as the world’s most lucrative event, it’s a spectacle to behold. What unfolded on Sunday was one of the greatest, if not the greatest, final in the history of the National Football League.

Over the course of Patriots QB Tom Brady’s career, New England has very nearly always been fancied to be among the front runners come the season finale, and this year they were once again front and centre on the biggest stage of all in American sports. It has to be said that this year, many people fancied the Falcons to take the title after a strong season and after racing into a twenty-five point lead, those predictions looked to be bang on the money. What followed was pretty special.

The Patriots scored touchdown after touchdown as well as landing a couple of field goals to take the tie to overtime for the first time ever. The moral of the story? You’re never out of the fight. 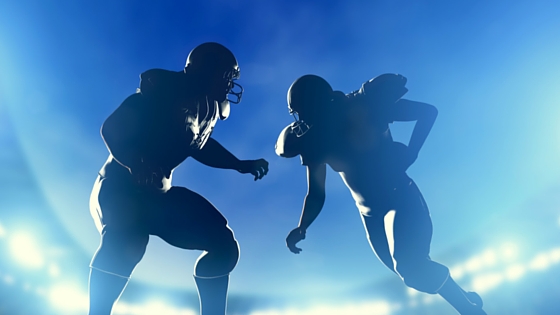 During the post-match interviews, a reporter asked Patriots legendary head coach Bill Belichick what was said in the changing rooms at half-time. Did he rally his flagging team with an inspiring, rousing motivational speech? No, his response was simple. He told them to just keep going and just keep playing.

Until the final whistle, the game is never over. Whatever your goals, hopes, dreams or aspirations are you just need to simply keep moving forward and never give up the belief that you can win the game. New England found themselves under the cosh with the Falcons pretty much out of sight before half-time but they never stopped. They never gave up hope that they could do it.

Did they believe they could come back from such a deficit and win? If they didn’t, it wouldn’t have happened. If you hit a bump in the road on the way to hitting any targets or goals you’ve set, just move over them and keep moving forward. You will encounter something that slows you down, but don’t let it ever hold you back.

The Patriots have taken their place in history. How do you want to be remembered?

Ready To Make The Start To A Better You? Contact Us Today